Normal in any institution is that workers are associated to avoid being fired. Instead, the Comptroller of Bogotá, 82 officials agreed to spend his resignation letter protocol.

This happened on 24 June. According to two officials of the Comptroller of Bogota, the day the Assistant Comptroller Armella Victor Manuel presented his resignation to the control protocol Moralesrussi Michelangelo. And in the afternoon, Farid Eduardo Paez, Director of Support to the Office of the Controller, would have called by phone to officials to ask that they also do the same. In total, 82 staff, including directors and consultants, presented his resignation letter.

The Comptroller Moralesrussi confirmed to the empty chair for the resignation of these officials but said neither he nor his aides had requested.

"After completing this second audit cycle, officials wanted to resign. Voluntarily submitted to me but five or six that I took on a discretionary, the other not accepted, "said the Controller. "The resignation was voluntary and still in his tenure."

He explained that in three audit cycles. At the end of the last cycle had not reported this phenomenon in a collective resignation, but Moralesrussi think you might like his term ends in February and this is the last semester, they wanted to release him to reorganize his team. In any case, the Controller said to the empty chair had expired the month since he presented his letter of resignation and therefore people had been firm in its position.

Those who renounce and Council

The funny thing is that this collective resignation came one day before Caracol disclose the recording of the conversation in which the former representative to the House for Germain Bogotá Olano Miguel explains to the contractor Nule the alleged nuisance of the Comptroller of the failure to pay commission.

And several of the individuals who submitted his letter of resignation, voluntary or inducidamente-councilors are near Bogota. Therefore, it is suspected that behind this gesture would be the intention of the Comptroller to maintain the support of city councilors or risk losing their shares in this important institution in the district. In fact, in the past accountability of Moralesrussi on the council, it presented significant gains control of the district administration, several council members, who have people close to them in the Comptroller's Office, came out openly in defense of the Comptroller.

For example, one of the most vocal council members defended the Comptroller of the attacks of other councilors was Wilson Duarte, who has "close ties of friendship ', as he told Time, Liliana Ortiz, who works in the legal Office of the Comptroller.

Another of his defenders at the last hearing was the councilman Fernando Rojas, who is sponsoring the comptroller of Usaquén, Leonel Peña Mauricio Solano, also of the Democratic Pole, and who also submitted his resignation letter.

Some of the people who filed the waiver are related to the councilman Hipólito Moreno of the U. For example, the Trinidad Anayibe Vargas Peña, comptroller of the town of Kennedy in 2002 was part of the list to the House of Representatives Araminta Moreno, sister of Hippolyte.

Among the list of those who also resigned Bogotá Mauricio Muñoz, director of the Environment Sector of the Comptroller, who according to sources said to the empty chair is close to Councilman Andrew Camacho, and José Fernando Bocanegra García, Deputy Director of Economic Development Control , Industry and Tourism, was part of the list of Samuel Moreno to the Senate but was related to the liberal Jorge Durán Silva.

Moralessrussi denies the hypothesis that the ceremonial sacrifices of these officers had anything to do with any kind of pressure on council members in their pockets. "It's not my style. If you examine the resumes of staff, is well-trained people, my relationship with them is argumentative and discursive.
Are sponsored by their record, "he said to the empty chair. "My relations with the Council are serious."

Asked about the coincidence of dates between recording it splashes and collective resignation, Moralessrussi replied that there was no relationship between one thing and another. "I do not know how to interpret this unfortunate coincidence."

Editor's Note: For a slip, said in the note that Jorge Durán was having breakfast with Moralesrussi few weeks ago at the Hotel La Fontana, but his breakfast, as we said correctly in Section Dear Diary was the Liberal representative Germain Olano. 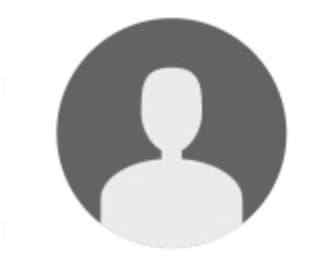